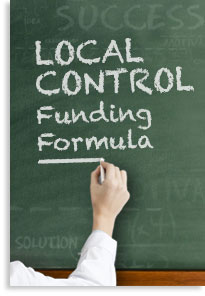 Sooner or later, reality rears its ugly head and that seems to be happening with the state’s very expensive — but apparently failing — efforts to close a yawning “achievement gap” among the state’s nearly 6 million elementary and secondary school students.

Early in the decade, as Jerry Brown began his second stint as governor, he persuaded the Legislature to create the Local Control Funding Formula (LCFF). LCFF’s underlying assumption was — and is — that expanding spending would automatically produce better outcomes. However, after more than a half-decade of operation and a steady drumbeat of outside criticism, including extensive reporting by CalMatters, that assumption is colliding with a reality just now being officially acknowledged.