The Biggest Distance-Learning Experiment In History: Week One 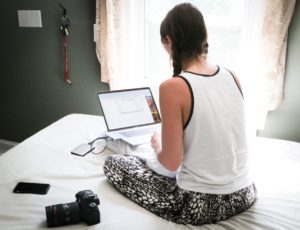 Photo by Dylan Gillis on Unsplash

Every state has closed at least some public schools to fight the spread of coronavirus, and most in CA say they expect to be closed through the end of the school year. Thrown into the breach, public schools are setting out on an unprecedented experiment: With little training and even fewer resources, in a matter of days they’re shifting from a system of education that for centuries has focused on face to face interaction, to one that works entirely at a distance.

But as a crisis often does, this one has exposed existing inequalities — among schools, among districts and among students. Just over half of the nation’s public school children are from families considered low-income, and an estimated 12 million lack broadband Internet access at home.