State officials side with SDCOE in Sweetwater UHSD budget dispute 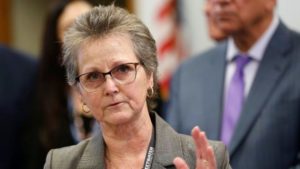 CDE has sided with county officials in their latest budget dispute with Sweetwater UHSD. Earlier this month, the San Diego County Office of Education ordered Sweetwater to make changes to its budget projections. The county office is in charge of overseeing school districts’ finances and ensuring they are accurate and sound. Among those changes, the SDCOE said Sweetwater had to remove $4 million of savings that the district already built into its budget because those savings have not yet fully materialized. The office also said Sweetwater understated its payroll costs by $3 million.

Last week, Sweetwater officials appealed those two changes to the state education department, saying they were not in the financial interest of the district. The state department denied Sweetwater’s appeal on Tuesday, saying it did not meet the criteria for appeals set in state law. Sweetwater Superintendent Karen Janney not only appealed the two changes, but also complained profusely about the county office and County Deputy Superintendent Mike Simonson.