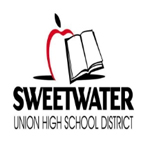 A state fiscal agency found “significant evidence” that current and former employees with the Sweetwater Union High School District may have committed fraud, misappropriation of funds or other illegal practices, according to the results of a long-awaited audit report announced Monday night by the San Diego County superintendent of schools.

Some financial staff referenced in the report are no longer with the district, including the chief financial officer. Janney has led the district since 2015.