School of Hard Walks: Suspending Students for Protesting Sucks, But It’s Not a Violation of Their Rights 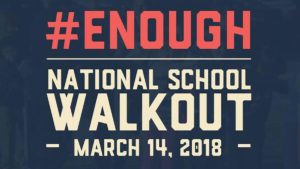 …Tinker v. Des Moines is the overriding court case involving free speech in school. But there’s a big difference between the merits of Tinker and what we’re seeing now: Mary Beth Tinker was a 13-year-old middle-schooler who rallied classmates to wear black armbands in condemnation of the Vietnam War. When she and others refused to remove them, they were suspended. Their parents sued and won the right of their children to protest on campus grounds.

However, that case was about armbands on campus. A walkout is different, because the Tinker decision also found that the students’ speech or action must not “materially and substantially interfere with… the operation of the school,” which, clearly, a walkout does.

Then there is the issue of truancy, also not a factor in the Tinker case. Laws about truancy vary slightly among states, but they all effectively say you can’t miss school except for a handful of reasons. Politics and protesting are not among the reasons.