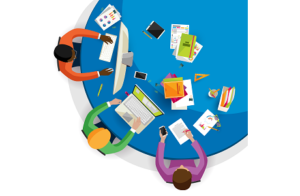 School administrators across the country have become vocal critics of the wide disparities in education technology pricing, which they contend is becoming an increasingly pressing problem as more devices and software enter U.S. classrooms. Almost 14 million devices were shipped to schools last year, up from 3 million in 2010. Technology has become a vital component of teaching and learning, and it is considered a classroom requirement to adequately prepare students for life after graduation.

Yet the same device or program can cost more from one state to another and even from district to district. Responsibility to negotiate with vendors falls on school districts that often do not have the time or resources to drive a hard bargain. Many also don’t have information about discounts that other school districts have received, and, when purchasing from a company like Apple, which has a reputation for being rigid with pricing, some district officials don’t even know they can ask for larger discounts.

Although purchasing information is technically public, it is not widely disseminated and is rarely available online. School officials’ knowledge is often limited to the information they can get by calling colleagues in other districts — if they even have the time to do that. Some educators and advocates have begun to argue that more shared information and pricing transparency would help schools save money. Experts estimate that school districts could collectively save at least $3 billion if they all got the best deals on hardware and software purchases. That’s nearly 23 percent of the total amount spent.