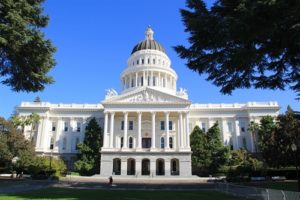 Today the State Allocation Board (Board) met to take action on a number of items, including providing Unfunded Approvals to projects worth $164 million. The Board also approved two district appeals related to Facility Hardship applications at Klamath-Trinity Joint Unified School District and Maple Elementary School District.

New Construction Eligibility Update Regulations
Today’s meeting was most notable for a last-minute change that removed a significant School Facility Program (SFP) regulation package from the agenda. Initially, the Board was scheduled to take up a regulations proposal to formalize changes in the new construction funding application process adopted by the SAB on June 5, 2017. That action radically altered the SFP by requiring new construction projects to submit eligibility updates for the enrollment year in which OPSC processes the application, rather than using the eligibility in place at the time of application submittal. The Coalition for Adequate School Housing (C.A.S.H.) opposed this policy change when it was first approved by the Board and challenged it by filing an underground regulation petition with the Office of Administrative Law (OAL).  OAL declined to take up C.A.S.H.’s petition, and did not opine on the petition’s merits.

C.A.S.H. Opposition Effort Appears Successful
C.A.S.H. opposed the regulation package originally scheduled for this Board meeting. Soon after registering this opposition with members of the SAB, C.A.S.H. received word that the regulation package had been pulled from the agenda and would not be heard. It is important to note that OPSC has indicated they do not need a regulation to implement the new construction eligibility update requirements for projects that were submitted to OPSC prior to June 6, 2017.

Small School District Eligibility
The regulation package proposed for consideration today also included a component intended to give small school districts some certainty regarding the option to request a three-year lock on new construction eligibility. The proposal would have allowed small school districts to request a three-year lock using enrollment figures from the year in which the eligibility application was submitted, if the district made the request prior to OPSC’s notification that it would soon begin to process the funding application. Districts that do not submit an eligibility application prior to OPSC notification of processing would be required to update enrollment figures for the year in which OPSC processes the application. Because this issue was included in the same item as the general new construction eligibility update regulations identified above, it was also removed from today’s agenda.

The next State Allocation Board meeting is tentatively scheduled for January 24, 2018.