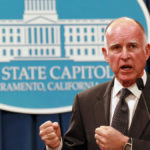 California government spending will hit a record high of $183.2 billion in total state funds spent in the budget that begins July 1, up some $12 billion in just a single year. Gov. Jerry Brown placed his signature on a spending plan that boosts public schools and programs aimed at California’s less fortunate while stashing away an additional $1.8 billion in the state’s long-term cash reserves. The budget spends a record $74.5 billion on schools and community colleges, an increase of more than $3 billion compared to this year. The budget is the first crafted since President Trump’s election and includes money for a few programs that Democrats insisted were a necessary response to the changing political times. Most notably, it includes $50 million to provide legal services for immigrants facing deportation.

Click here for a summary in PDF format of the full California 2017-18 enacted budget from California Department of Education.