Prop 51 Funds Not Yet Received by Districts; Strong Debate Continues on New Rules in Meeting Yesterday

Here are EH&A articles previously written in December and another in March on this topic regarding the Governor’s proposal for distribution of Proposition 51 Bond funds. 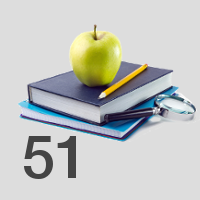 The Office of Public School Construction (OPSC) hosted a stakeholder input session yesterday to receive additional feedback on the proposed front-end grant agreement for School Facility Program projects. The grant agreement was initially presented to the State Allocation Board (SAB) for discussion in April. However, the SAB did not have enough votes to pass the grant agreement as drafted, and they deferred action until the May SAB meeting.

OPSC staff began the stakeholder meeting by declaring that concerns related to the audit trailer bill language should be brought to Department of Finance. OPSC staff then outlined items that they have identified for possible amendment prior to the next SAB meeting. Topics included, but were not limited to:

Both agencies propose rewriting the regulations for distribution of Proposition 51 Bond funds further slowing down the distribution of State School Facility funding. The Governor started the intentional slow implementation in January by not proposing bonds be sold, not adequately staffing OPSC, and proposing new guidelines and standards for Districts. The new hurdles include an upfront “Grant Agreement” and new audit standards for all projects.

The Coalition for Adequate School Housing (CASH) has been particularly active in providing input and testifying, most recently at the April 24 SAB meeting. While CASH agrees that audit standards are important for accountability, the current language does not provide a clear appeal process. Any exception in the audit resulting in a district’s funding reduction would require repayments directly from a district’s general fund by a “deduct from its apportionment.”
Link: Education Omnibus trailer bill Section 19 on Page 31

On the topic of the upfront agreement, CASH doesn’t oppose having districts sign an agreement that restates the current rules; however, the State proposes implementing new requirements that will be applied retroactively. These changes would apply to the current “Unfunded and Acknowledged” lists by proposing the changes apply to projects that received funds after July 1, 2017. This is problematic because facility projects are always ongoing and districts have incurred costs and entered into contracts previous to these rules. Many of the projects on the two lists have already been built and the District is anxiously awaiting reimbursement for the State’s share. The retroactive portion of this rule is punitive and violates the provisions of Prop 51 which specifically states that the “rules of the game” will remain unchanged for a 24 month period.

As leaders in navigating the regulatory environment and providing support for districts to receive State Bond funds, EH&A will keep our clients and friends continually informed of the Proposition 51 implementation status.