Pandemic or no, it’s political business as usual for the California Teachers Association 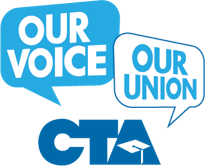 Every state has butted heads with its teachers unions over reopening. But in California, the entire political power structure consists of Democrats who are union allies. Neither the politicians nor organized labor is dealing well with suddenly being adversaries of the other.

Gov. Gavin Newsom proposed a plan to reopen schools, which was summarily rejected by the unions and the legislature for being too hasty. The unions and their legislative allies put together their own plan, which would delay reopening until mid-April. Newsom opposes it.

Both highly organized and ad hoc parent groups are forming to push for reopening, but they are running into steadfast union opposition.

“I remember when parents supported teachers during their strike a couple of years ago. It seems now all teachers stand quietly not supporting parents now,” wrote one parent on a Facebook page devoted to reopening the state’s schools.

This should come as a shock to absolutely no one. When almost all school districts in the state shut down last March, the union already had its advocacy message in place.