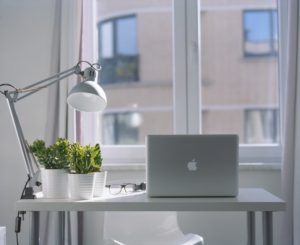 Photo by Daan Stevens from Pexels

In the quest to make buildings more energy efficient, windows present a particularly difficult problem. According to the U.S. Department of Energy, heat that either escapes or enters windows accounts for roughly 30 percent of the energy used to heat and cool buildings. Researchers are developing a variety of window technologies that could prevent this massive loss of energy.

Engineers have developed a smart material that can be placed on a window as a film that blocks heat from entering. The film remains transparent when the surface temperature is under 32 degrees Celsius, but turns milky when it exceeds 32 C. This change in appearance is due to thermochromic microparticles that change phases in response to heat. The smart window’s milky appearance can block up to 70 percent of solar radiation from passing through the window, translating to a 30 percent reduction in cooling load.