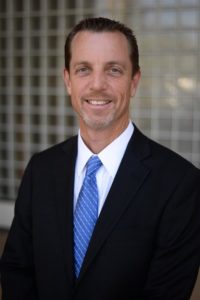 Lakeside has a new school leader, a Los Angeles native who’s familiar with the rural county town. The Lakeside Union School District Governing Board officially appointed Andy Johnsen as the district’s superintendent at its meeting on March 8.

Johnsen replaces David Lorden, who started in 2013 and left the district in 2017. The district serves 5,200 children from kindergarten through eighth grade and is known for its emphasis on language immersion. Students in the district are taught Mandarin and Spanish from the first year of school.

“I know the Lakeside community well and have enjoyed collaborative relationships with the amazing parents, students and staff across the district,” Johnsen said. “Those relationships will help provide stability of leadership as we continue to work together as a district team.” He said he plans to expand science instruction “as a vehicle for other areas,” including reading and writing.
“We will continue to use technology to support student learning and keep our kids connected to the world beyond their classrooms,” Johnsen said. “It is important that students are supported to grow in their academics, social skills, creativity and character.”

Johnsen, who lives in Rancho Bernardo with his wife, Carrie, and three children, has also served as a dual-immersion elementary school principal, assistant principal and teacher.