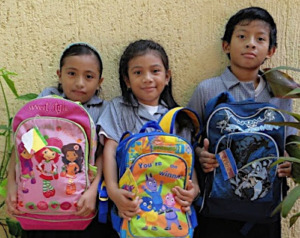 Thousands of English language learners could be headed for American public schools in the coming months due to recent changes in U.S. immigration policy and devastating natural disasters in Central and South America.

Their arrival could pose a challenge for local school systems, particularly poor districts that might not have enough teachers or space to support them. In recent years, several have turned these children away in violation of their legal rights.

The number of children fleeing Mexico and Central America on their own has seen a dramatic increase in recent months. Some 3,364 unaccompanied minors were referred to the Office of Refugee Resettlement in December, up from a low of 39 in May, according to government records. The spike has already prompted the new administration to reopen a controversial overflow facility to house up to 700 teens already cleared of COVID-19.

Those who enroll this year will likely find a mix of open and closed schools as districts continue to grapple with the pandemic. Regardless of their status, schools are legally obligated to serve newcomer students in-person or through distance learning.

Donna M. Neary, a teacher in the Jefferson County Public Schools in Louisville, Kentucky, has worked with dozens of these students in the past seven years. She said they face numerous hurdles, including a language barrier that can hide their true ability, landing even gifted students on an inferior track.

“So many of these kids are bright, educated and would be at the top of the class if they spoke English,” she said.