For black candidates and women, it takes longer to be promoted to principal 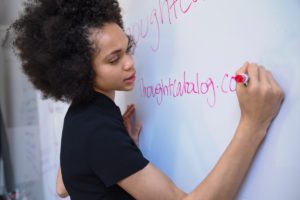 Photo by Thought Catalog on Unsplash

A new study finds that longstanding racial and gender inequities play out systematically in this pipeline, affecting which APs get the chance to run their own schools.

Black assistant principals had to wait longer—more than half a year—than their white peers to become principals, and were 18 percent less likely to earn the promotion than equally qualified white candidates. And at the high school level, it took women of all races more than two-thirds of a year longer to be promoted to the principalship, and they were about 5 percent to 7 percent less likely to be promoted than men.