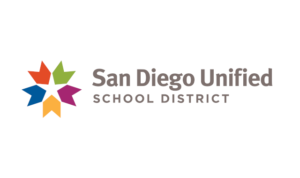 San Diego Unified will receive a big boost to its environmental leadership efforts, thanks to a new grant from the California Air Resources Board (CARB). The grant will allow San Diego Unified to expand upon its already substantial efforts to combat pollution and conserve electricity, which have produced marked results over the past few years.

This week, CARB announced a first-of-its-kind program to fund a variety of projects promoting zero-emission transportation options in schools, and named San Diego Unified as one of three districts selected for the new initiative.

The Clean Mobility in Schools Pilot Project is part of California Climate Investments, a statewide initiative that puts cap-and-trade dollars to work reducing greenhouse gas emissions, strengthening the economy and improving public health and the environment – particularly in disadvantaged communities.

For its proposal, the district was awarded $9.75 million in funds to help reduce greenhouse gas emissions in a school neighborhood with some of San Diego County’s worst air quality.