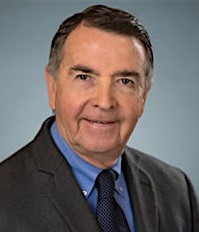 Tom Duffy, a partner at Murdoch, Walrath & Holmes and the legislative director for CASH, has filed a petition with the Office of Administrative Law (OAL). Marty Hom of AALRR prepared and filed the petition attempting to halt the State Allocation Board (Board) from continuing to alter the fundamental operational elements of the School Facility Program (SFP). The intent is to challenge each diversion from the SFP and the new rule that OPSC and the Board seek to impose on school district and county office applicants seeking state bond funds under Proposition 51.

The most recent petition challenges the Board’s actions taken in September 2017 in making apportionments based upon the 2012 per pupil grant rather than the existing per pupil grant of 2017. The rationale shared by OPSC when questioned about this matter was that the Board had so directed them to do so at that time for projects approved as “unfunded.” Through this claim of direction from the Board OPSC appears to look upon the approved as “unfunded” projects as if these had received an apportionment.

An apportionment is defined in Education Code Chapter 12.5 as a “reservation of funds.” Bond funding had been exhausted; no funds were available to the Board for making a “reservation.” The practice of the Board in such circumstances in the past was to approve projects as unfunded, recognizing that these met the requirements of law and regulations. Later when bond funding was again available the Board made apportionments that were based upon pupil grant levels existing in the year of the apportionment. The only conflicts we recall with this practice in past years was when a district sought to delay project from a December Board in an effort to wait a month for the higher grant in January. A five-year delay is indefensible.

The five-year’s difference in the grants represents hundreds of thousands of dollars to some districts and millions to others. The projects approved from January through October 2012 are being treated differently than those that followed. The latter projects had been placed on the “Acknowledged” list from November 2012 through April 2017. After being processed by OPSC these projects will receive apportionments based upon per pupil grant amounts in place at the time of Board action, be it 2018, 2019 or a later year.