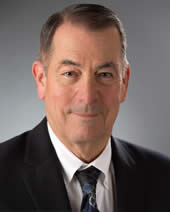 There is significant action occurring in Washington, D.C. on issues related to school facilities. This update will focus on three issues that are expected to be acted on during the first six months of this year:

President Biden has proposed a $1.9 trillion stimulus package that includes $130 billion for kindergarten through university education. Of this amount, $70 billion would be for K-12 education. Assuming the current ratio of allocation between the total national amount and the amount for California, CSF believes California would receive up to $8.5 billion dollars for K-12 education. While there is not specific language currently available, we believe that the allowed expenditures will be similar to the December stimulus, mainly concentrating on reopening schools and potentially including funding for increased instructional services.

CSF federal lobbyist Bob Canavan, who works in Washington, D.C., has indicated that this proposal should be enacted by late February or early March. Now is the time for school districts to start thinking about how they will integrate these potential additional revenues into the expenditure plans that they are developing for the use of the CARES Act funds and the December stimulus.

CSF will be advocating for these funds with the California congressional delegation and the appropriate congressional committees.

House Education and Labor Committee Chair Scott has introduced the $100 billion Rebuild and Reopen America’s Schools Act. This bill is essentially the same as last year’s Rebuild America’s Schools Act that was incorporated into the comprehensive infrastructure package passed by the House of Representatives last year.

CSF supported last year’s legislation and currently is working to increase the number of congressional supporters for the new legislation. The new legislation includes $70 billion for grants to schools in $30 billion in tax credit bonds to reduce the cost of school financing of school facilities. Additionally, the proposal includes important modifications to the Qualified Zone Academy Bond (QZAB) program that is continued in the legislation.
CSF will be working to help pass this legislation and ensure that schools are included in any comprehensive infrastructure package.

President Biden is expected to propose an up to $2 trillion infrastructure package after the stimulus proposal is enacted. CSF expects that this package will include significant funding to assist school districts in repairing, renovating, and building new school facilities. This was part of the then-candidate Biden’s infrastructure proposals. CSF will work with the California congressional delegation and the appropriate congressional committees to help pass this legislation, which we expect to include up to $100 billion for school facilities.

CSF expects that the Biden Administration will be proposing a number of education initiatives in early childhood education, as well as expansion of access to healthcare counseling and other services on school campuses. If these initiatives are proposed, CSF will be advocating to include financial support for the needed facility adjustments to implement these types of programs. These were part of candidate Biden’s education proposals, however, there is no specific timeline on when these types of initiatives might be proposed.