Bill advances to ban all K-12 classes earlier than 8:30 AM 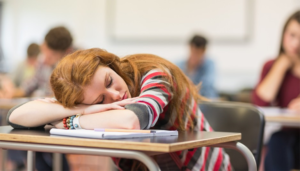 For the second time in two years, California lawmakers are advancing a bill that would forbid K-12 schools from starting class earlier than 8:30 a.m.

Advocates for later start times are trying again, and hoping Newsom will think differently. The new governor is a father to four kids under age 10.