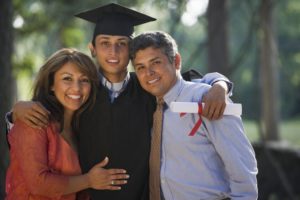 “Latinos have been hospitalized four times as much as people who are white,” said American Federation of Teachers President Randi Weingarten, who participated in the event hosted by SOMOS, a New York-based nonprofit network of health care providers. “What we’re seeing, in terms of the start of school, is the kind of neglect from the top down that is unconscionable: the lack of resources to schools to reopen them safely. All of this could have been solved. This kind of work should have started in April.”

As part of the virtual press conference, Matt Barreto, a co-founder of the polling firm Latino Decisions, presented his group’s new data, which were collected between Aug. 7 and Aug. 15 and surveyed 1,842 respondents, 838 of whom have children ages 17 or younger. Most were from Arizona, California, Colorado, Florida, North Carolina, Pennsylvania, Texas and the New York/New Jersey area.

Among the findings: The Latino community encountered a dramatic wave of cases over the summer; 1 in 10 Latino homes around the country has been hit by the virus; more than half of Latino homes have lost income as a result of the pandemic; more than 1 in 3 Latino parents are currently out of work.