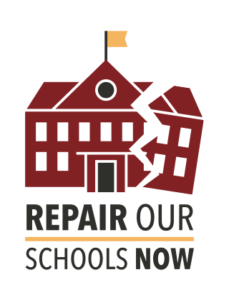 A major $13 billion facility bond bill, AB 48 (O’Donnell), was approved by the CA State Assembly recently on a vote of 69-1. A number of changes to the School Facility Program (SFP) sought by CASH are incorporated in the bond bill language. AB 48 continues its journey through the Senate under the watchful eyes of CASH.

AB 48 (O’Donnell) is the Kindergarten-Community Colleges Public Education Facilities Bond Acts of 2020 and 2022. This bill would specifically authorize the allocation of state funds for the replacement of school buildings that are at least 75 years old, for specified assistance to small school districts, as defined, for construction and modernization of preschool facilities at local educational agencies, and for the testing and remediation of lead levels in water fountains and faucets used for drinking or preparing food on school sites.

The bill would increase the maximum level of total bonding capacity, as defined, that a school district could have in order to be deemed eligible for financial hardship under the act from $5 million to $10 million. The bill would authorize the State Allocation Board to provide specified assistance to school districts and county offices of education impacted by a natural disaster for which the Governor has declared a state of emergency. The bill would adjust requirements related to the funding of joint-use projects to construct facilities on school sites serving kindergarten or any of grades 1 to 12, inclusive.

This bill would provide $13 billion to construct and modernize education facilities, as specified. These respective bond acts would become operative only if approved by the voters at the March 3, 2020, statewide primary election and the November 8, 2022, statewide general election, respectively.