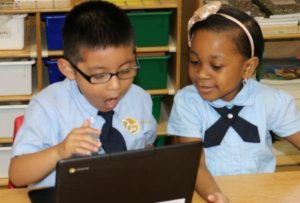 A state audit released Monday has now made official what many education advocates have been arguing for years: Not all the extra funding intended by Sacramento for disadvantaged students is going to those kids.

Furthermore, the audit noted, the state neither requires that all the money allocated for those students under the Local Control Funding Formula be used as intended nor tracks how it has been spent. In many cases, school districts cannot fully account for how they’re spending all the money. And it’s hard for parents or the public to understand the expenditures because the spending plan each district is required to draw up every three years under the law is difficult for anyone with less than an accounting degree to understand.
One complaint we’ve made ever since Brown proposed his plan, however, was that he stubbornly resisted placing reasonable restrictions on the money to ensure school districts used it to help the students for whom it was intended. Nor is there any accountability measure to ensure the money is actually helping.

The expenditures should show results, with the students showing real improvement. So far, that improvement has been painfully incremental. And the criticisms of LCFF have been picked up by advocacy groups throughout the state, who say that though most of the money has gone toward disadvantaged students, too much has gone into general spending and basic expenditures. Los Angeles Unified schools settled a lawsuit against it on that very matter.

The state’s loose approach to the extra funding since it was first allocated in 2013 has allowed districts to blend the extra dollars into their overall budgets instead of using them for the students for whom they were intended, the audit said.